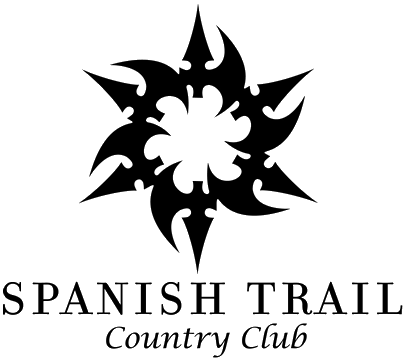 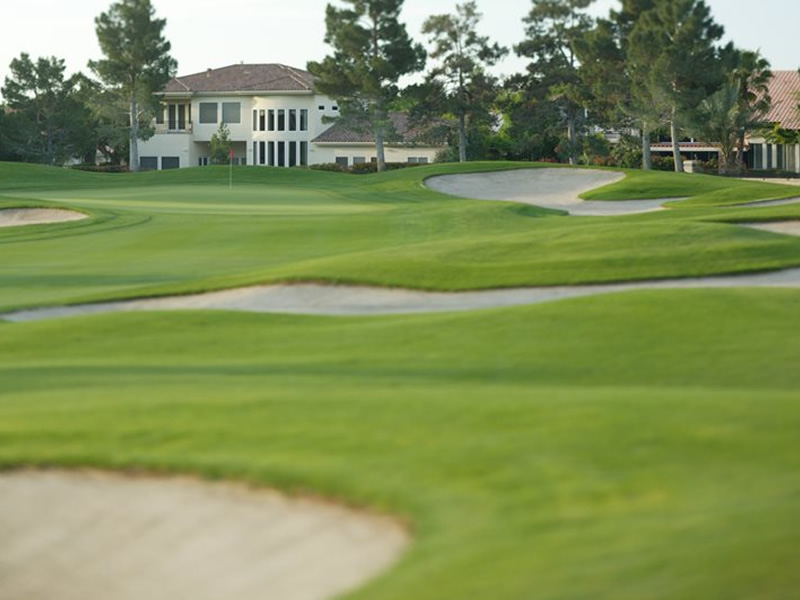 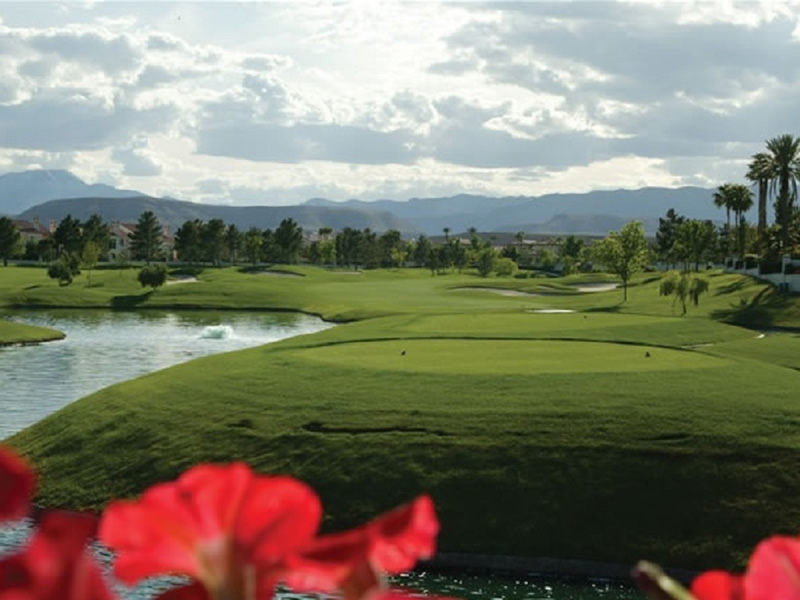 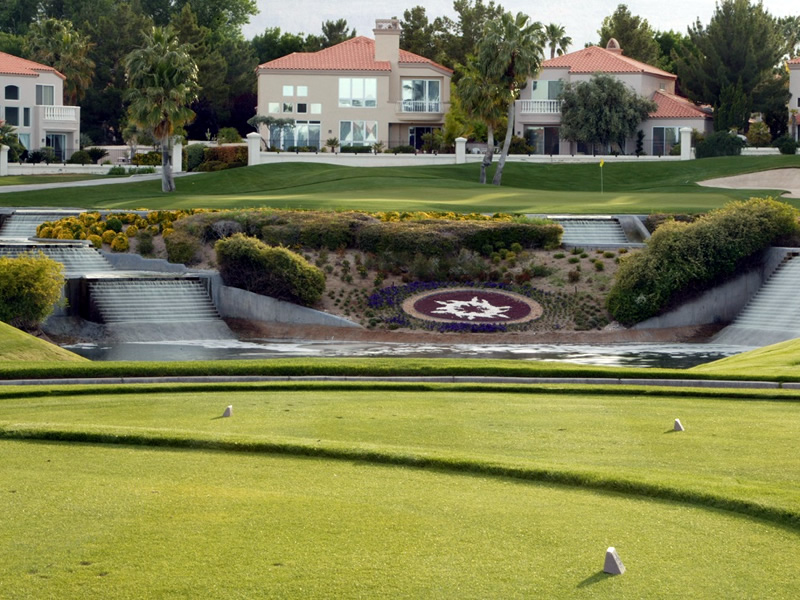 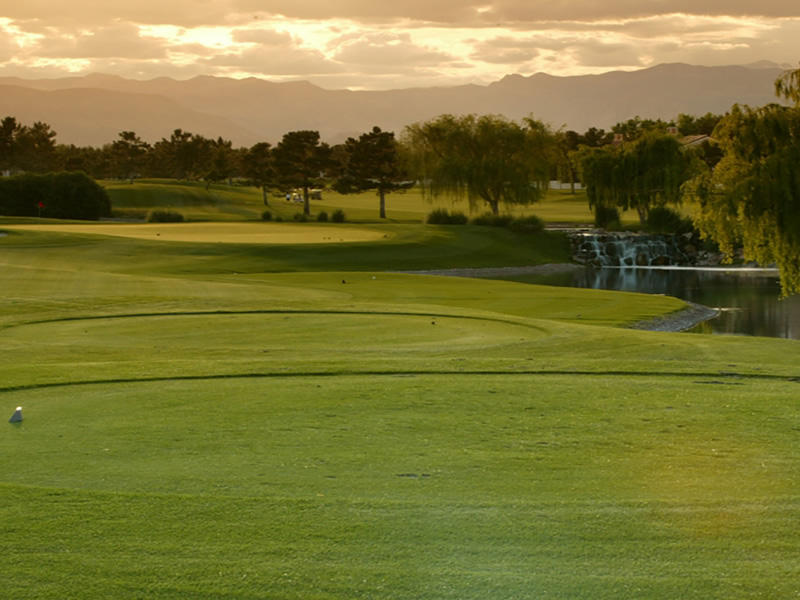 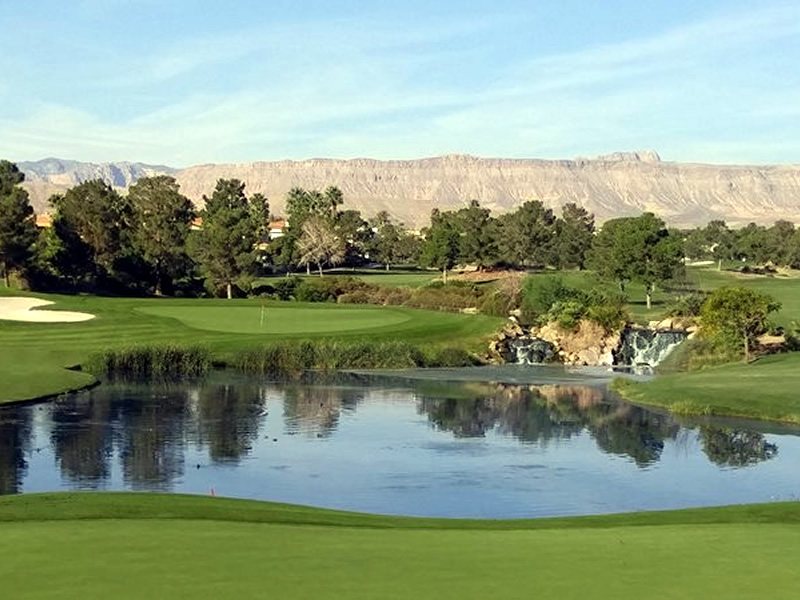 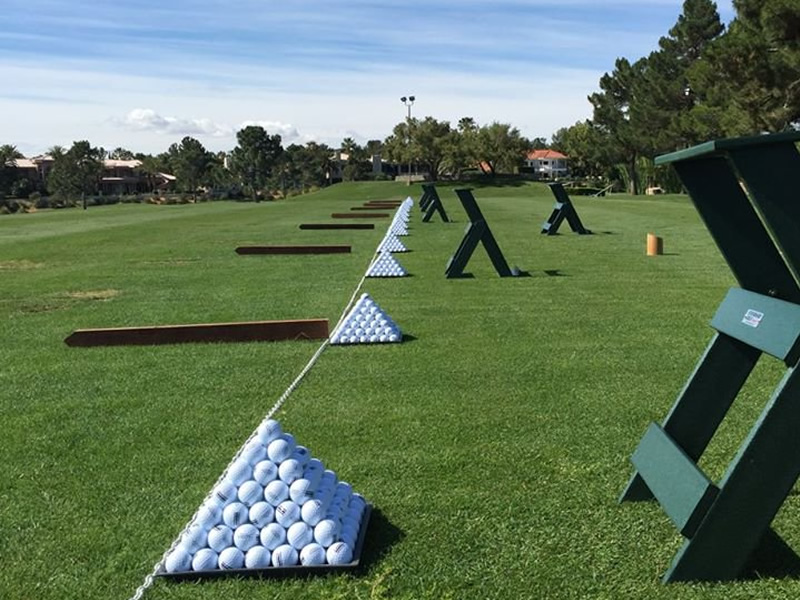 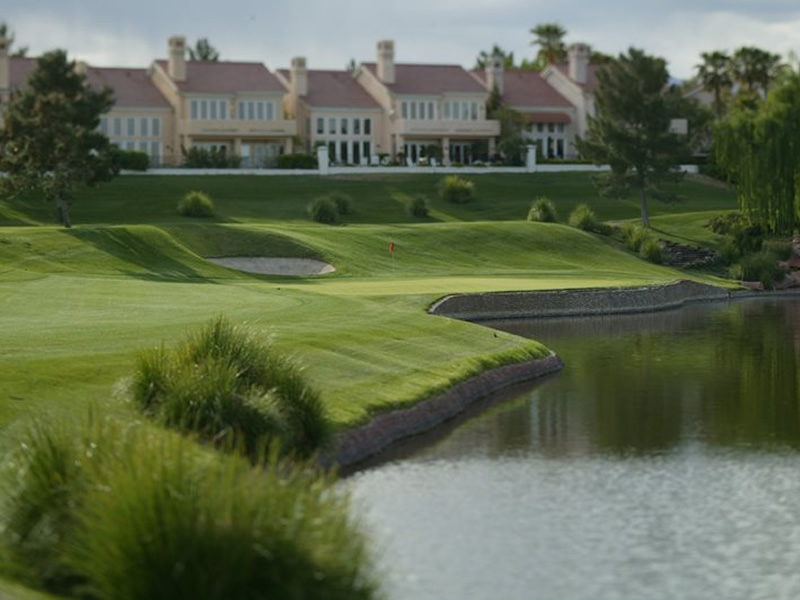 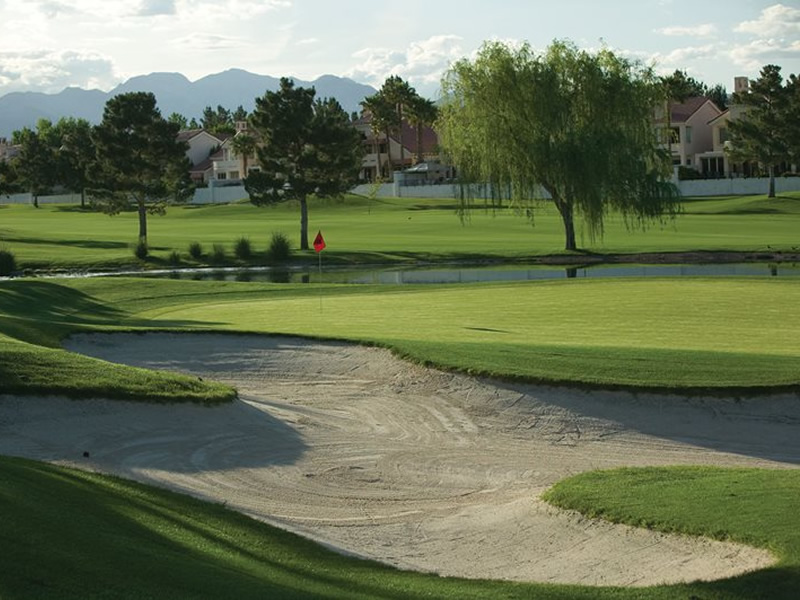 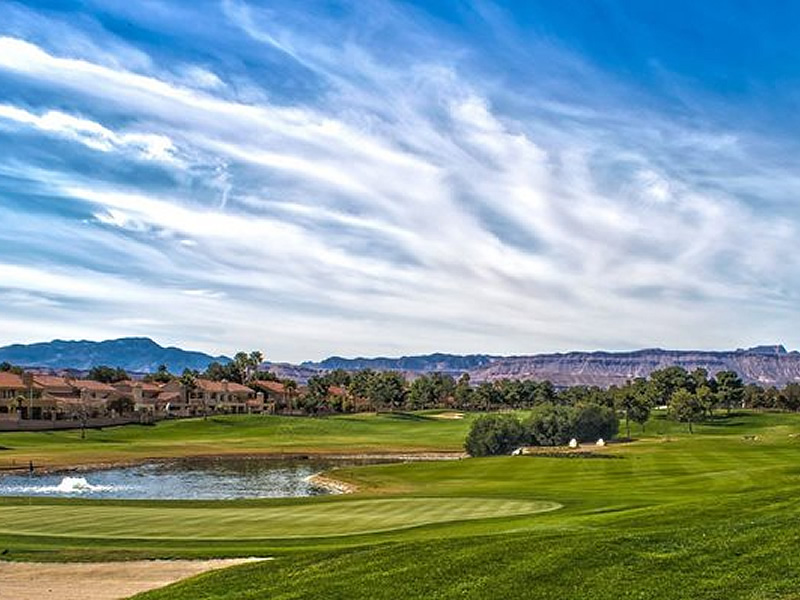 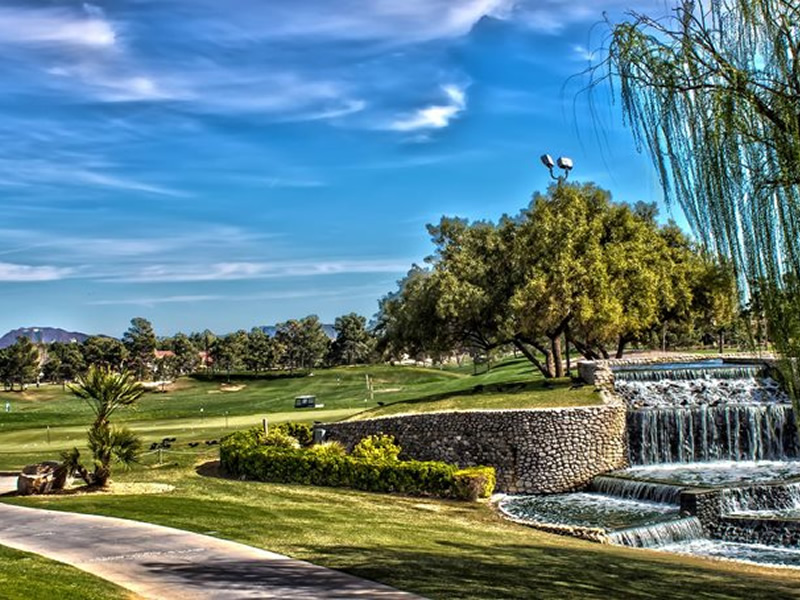 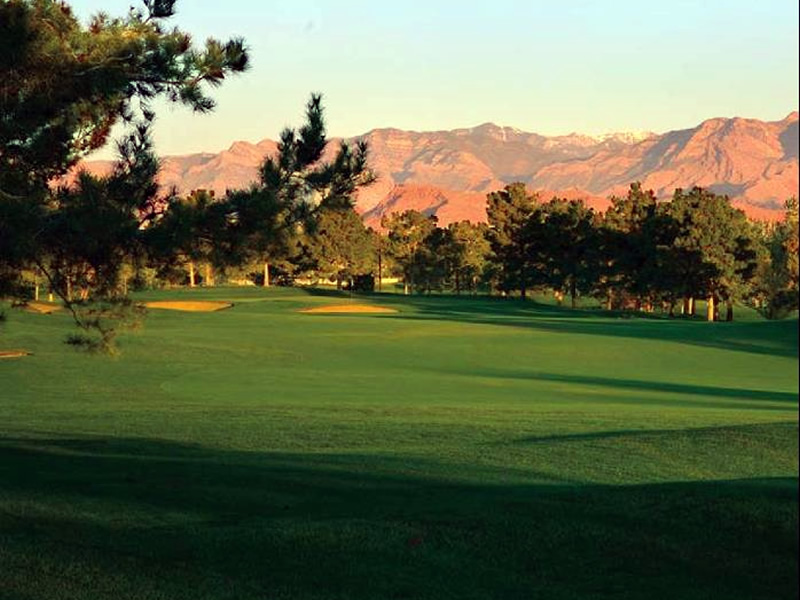 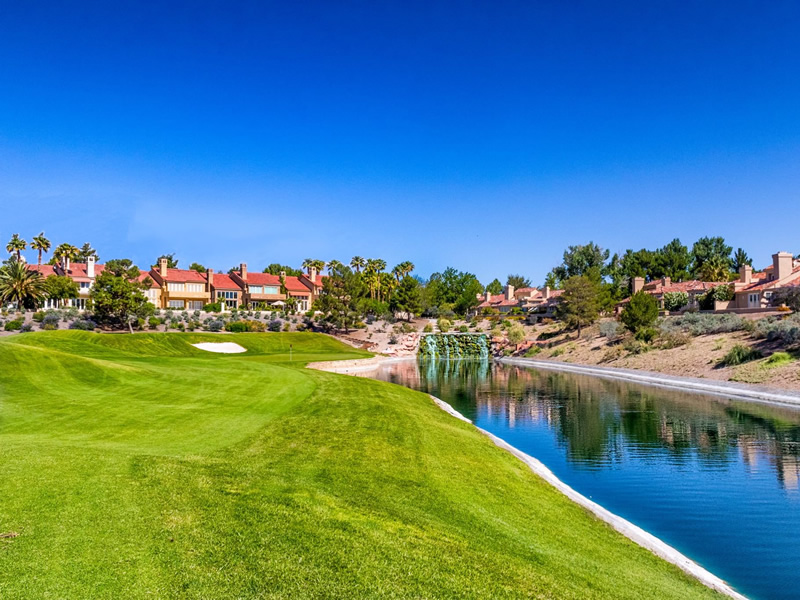 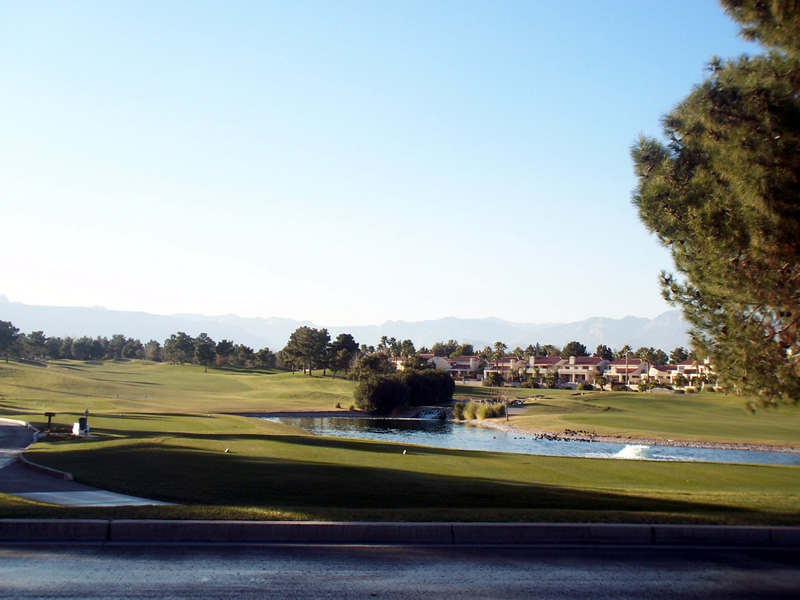 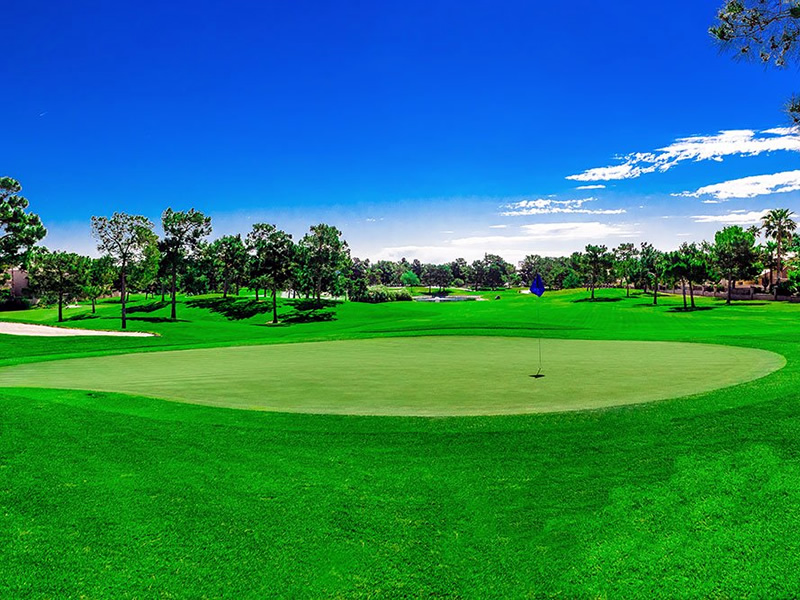 Spanish Trail Country Club is a Robert Trent Jones, Jr. Masterpiece. Nestled within a private enclave of 640 acres, lies a 27-hole championship golf course comprised of three unique nines in a parkland setting also home to a past PGA Tour’s Las Vegas Invitational. Strategic water hazards, gently undulating greens, well-placed bunkers and fairways carved among the trees are all par for the course at Spanish Trail Country Club. Though designed for all levels of play, seasoned golfers relish well-planned elevation changes, water-lined fairways, and the element of surprise that comes with the unique variety of the three different nines.

The Sunrise Course measures a total of 3,426 yards from the championship tees and features our signature 9th hole waterfall located next to the clubhouse. The Sunrise Course features large undulating greens with rolling fairways. The approach shots on the Sunrise course are critical because of the potential hole locations that can be treacherous if the ball is on the wrong side of the hole. The Sunrise Course also features one of the PGA Tour’s most challenging par three holes. The fifth hole was ranked as one of the toughest holes on the PGA Tour when Spanish Trail Country Club hosted the Las Vegas Invitational in the late 1980’s.

The Lakes Course is appropriately named as water comes into play on six of the nine holes. There are forced carries over water on several holes and the green sides are guarded by water on five of the six holes. One of the most beautiful par five holes in Southern Nevada is Lakes #2, a 601 yard challenge from the championship tee with a water-protected green located next to a beautiful waterfall. The scenic number three is our signature par three hole. It measures 180 yards from the championship tee and requires a carry over two lakes. Again, like all Robert Trent Jones, Jr. designs, there is a premium on your approach shots because of the fast and undulating greens.

The Canyon Course is the longest and most challenging course at Spanish Trail Country Club, measuring 3,576 yards from the championship tees. With its desert landscaping completed in 2004, it has taken on the beautiful look of a desert style golf course combined with a classic Robert Trent Jones, Jr. design. The Canyon course has two beautiful par threes, including the second hole which has a gorgeous lake and waterfall located next to the green. The finishing stretch of numbers 7, 8 & 9 will test even the best golfers. Number seven is a 215 yard par three framed by bunkers and desert landscaping; par is a very good score. The eighth hole is a 567 yard par five which plays much longer than the actual yardage, as water protects the green and comes into play on an errant second shot. The ninth hole measures 421 yards and has an elevated green protected by deep bunkers.

If you were a fan of the old Desert Inn Golf Course, the Dunes Golf course, or the Las Vegas Country Club back in the 80s when they were all tour like quality and had the old Vegas feel, then you are going to really enjoy Spanish Trail Country Club. They have taken the old Vegas feel and upgraded it to the new Vegas style of high-class without taking away from what the original feel of the club was all about. You will find many of the well known influential people that represent and reside in Las Vegas that play golf, as members at Spanish Trail. It has the prestige and notoriety of being one of the best private country clubs in Las Vegas.

If you are looking for an exclusive high-end golf experience, look no further. Spanish Trail Golf Country club may not be open to accepting non-member play for long, so take advantage of the opportunity while you are in Las Vegas. All golfers will have full access to the locker room and showers giving you the full member experience. Give us a call toll free at 877-669-2847 to set up your tee time and feel like a member for the day at one of the most exclusive courses in the city. 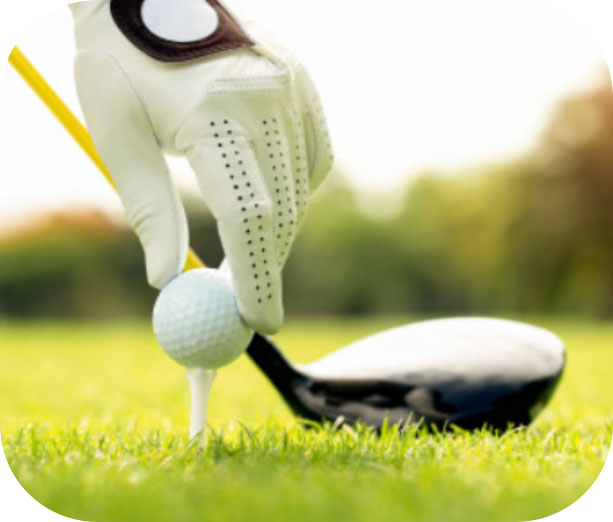